Controversial journalist, Kemi Olunloyo has reacted to the news of Singer D’banj’s fraud case with ICPC. 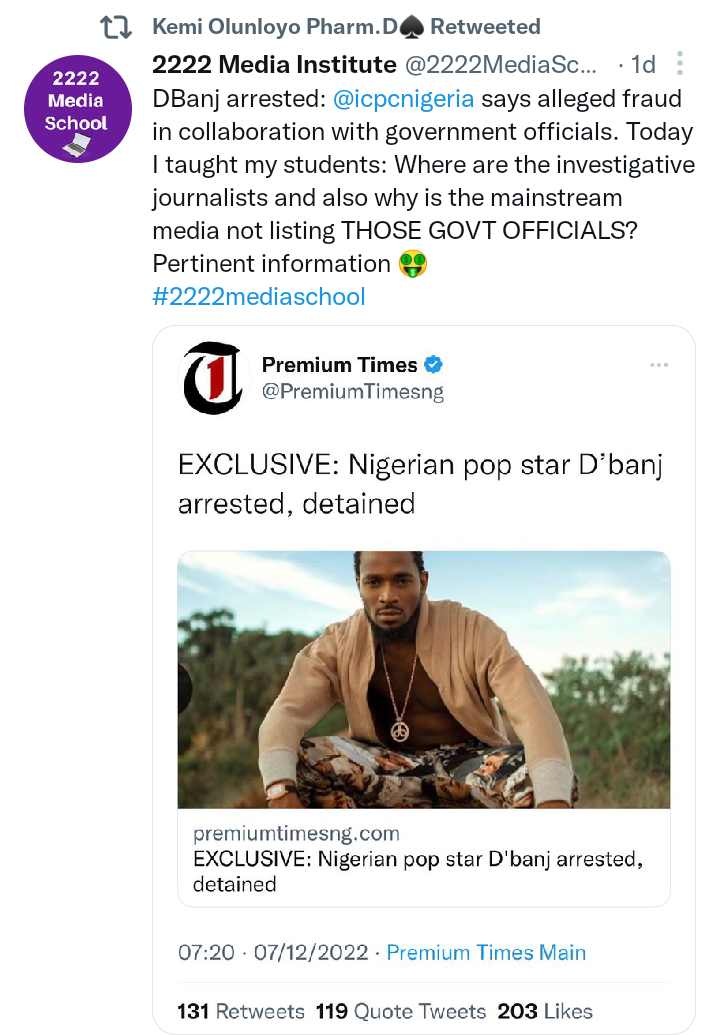 The controversial journalist also dragged Tonto Dikeh as she pointed out that celebrities and influencers have no reason to be brand ambassadors for the government. 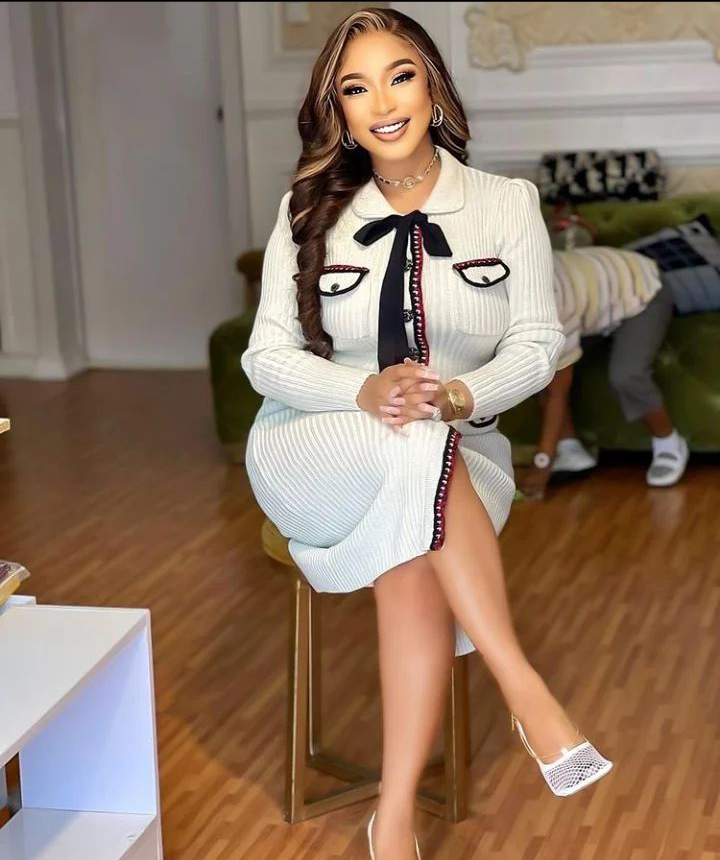 Kemi outrightly said Tonto Dikeh should also be investigated in her role as the ambassador of the National Agency for Prohibition of Trafficking in Persons and Other Related Matters (NAPTIP).

“Brand Ambassadors are NOT needed at Govt agencies. If you want to advocate or volunteer, do it. Not everything is money. Tonto Dikeh must be investigated in her brand ambassadorial role with @naptipnigeria. Tomorrow is World Anticorruption day. Financial improprieties are rampant”. 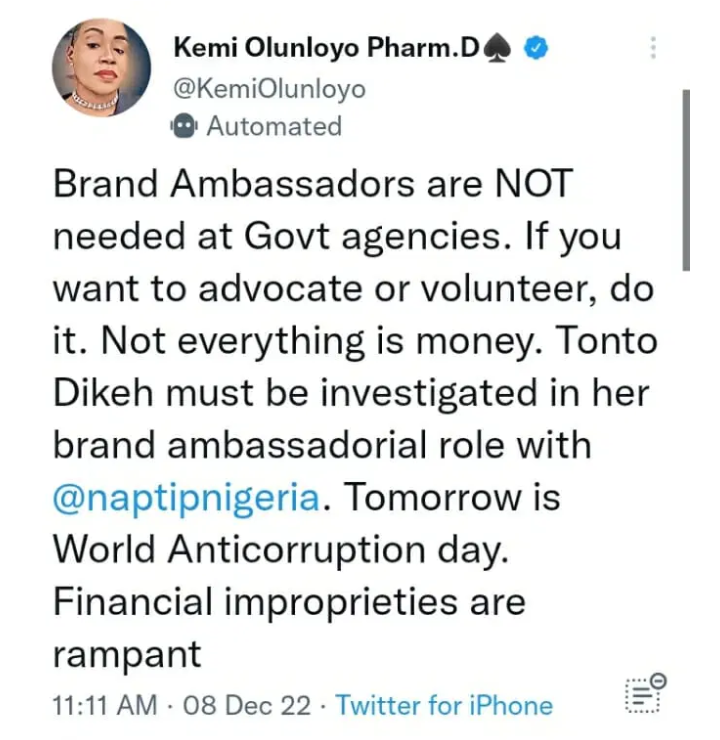 2 hours ago
As shared by the Nollywood actress, Oge Okoye below.. The post “Life is so funny, you come with nothing, then...

“Happy birthday hubby, I love you” – Sabinus’s wife, Ciana Chapman confirms marriage to him on his birthday

4 hours ago
Ciana Chapman, the wife of popular skitmaker, Emmanuel Chukwuemeka Ejekwu better known as Sabinus has confirmed their marriage on his birthday. Tontrends reported...

“I got married at 25, it was sex on first date, our relationship was sexual thing” – Pere opens up on his marital life, reveals it lasted for just a year plus (Video)

7 hours ago
Big Brother Naija ‘shine ya eyes’ housemate, Pere Egbi has opened up on his failed marriage to Pamela Heoma. In an...

“There’s nothing in the streets, when you find your person, hold on tight” – Vee

7 hours ago
Reality TV star, Vee Iye, has advised people to hold on to their significant other as there is probably nothing...

8 hours ago
Tega Dominic is one lady that isn’t new to controversy, the popular reality star in a new tweet expressed her...