7 Ways To Identify A Real And Fake Native Doctors To Avoid Wasting Your Money And Time.Click Here

The bodies of the three policemen who were killed by soldiers in Taraba state while on covert operation, arrived at the morgue of Garki General Hospital in Abuja early Sunday.

An ambulance brought the bodies kept in caskets from Jalingo, capital of Taraba state.

The police have not announced a burial date for the trio, Inspector Mark Edaile, Sgt. Usman Danzumi and Sgt Dahiru Musa, described as stars of the force.

The police said they were among the most disciplined, proficient and hardworking Police investigators in the service of the country. One civilian was also killed with them, all shot at close range. May their souls rest in peace. 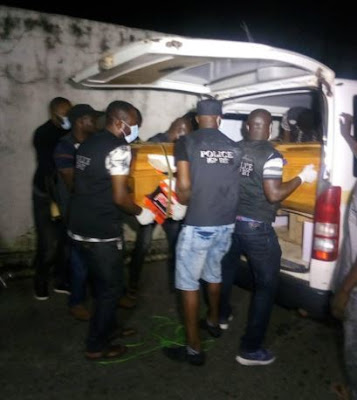 Back to Top
Close
close